2 months ago by The Kahana Team — 8 min read

Best Example of Storytelling in Business

Our strategy for storytelling in business resulted in a 64% market share after 18 months of operations.

I learned the benefits — the entrepreneurial and the leadership importance — of telling the audience their “Very Best Story” when I was helping build the company that would be the first cellular telephone service provider to the Raleigh-Durham-Chapel Hill market.

1. A bit of background & history

In those first days cellular service was a local business, with the FCC licensing two companies for each market; one license went to the existing telephone service provider and, having made the policy decision that it was time to bring competition to the monopoly telephone industry, they set aside the second license for a new entrepreneurial entrant and that was us, operating as Cellular One of the Triangle.

As our network was being built — we started in April of 1985 and first provided service on September 15th with a minimal viable product for sure, just ten cell sites operational at launch compared to the 87 as of 2020 that T Mobile maintains to serve the same geography today — I spent as much time as I could out in the market, recruiting dealers who could both sell and install car phones, scouting for talent, and looking for promotional partners.

But most importantly I was arranging as many business meals and meetings as I could with the leading real estate developers and builders and contractors and brokers in the area, any and all who were involved in the real estate trades.

2. The stats that matter

The way I figured it the real estate trades collectively would be the largest early adopter segment.

In these pioneer days, 95% of cellular phones were car-mounted and cost $2000, out of pocket, no consumer-friendly bundling deals yet being offered — you wanted a phone, you paid for it.

And while it is hard to compare airtime costs then and now — it’s packaged so differently now — my quick study indicates folks paid at least three or four times more then than you do now for a minute of talk time.

So it was a significant expense — I just checked and Google calculates $2000 in ’85 is equivalent to $5,000 — and it led me to consider it quite likely you would not pay for this if you were only in your car during your 20-minute commute but you would consider investing in this technology if you spent a big portion of your day in your car and away from the office because now with a phone present in the field you’d be able to improve your business reach and effectiveness.

My first marketing mantra introduced to me at the very start of my career was ‘Be Big Somewhere’ and with the limited marketing resources we had I was clear that we wanted to show up big for the real estate trades, who would see the $2000 as an investment, not an expense.

It seemed self-evident, yeah, so I moved confidently in that direction.

3. Failures: how I started telling the wrong story

At my business meals, I started sharing my carefully crafted Story that portrayed how the features of our service would provide great benefits to real estate professionals. I told them upfront I wasn’t sharing this Story to sell them — we were months from providing service — but rather out of respect for their industry leadership I wanted their critique, their answer to the question ‘Is this the best way to talk to their colleagues about cellular service?’

Time and again I was stunned by the responses my Story solicited.

I’d grown certain that car plus car phone made the real estate trades the best bet for early marketing focus and early sales success but for every lunchtime companion who showed any interest, there were five who weren’t impressed at all, some even dismissive, saying things like ‘Clearly I don’t need this, I’ve been quite successful with a pager’ and ‘You want me to put a phone in my car and take away the last private place I can retreat to where I can think about my business. Why would I want to do that?’.

A historical note: In 1985 we were still years away from experiencing the impact of a generation that grew up with tech abundant, becoming the ‘so hungry for the next big thing we line up at an Apple store the day before’ consumer tech-savvy country we clearly are now — our Cellular One office had one Sun work station computer for the engineer and cell site technicians to share, one IBM PC for finance and accounting, and one IBM PC for our senior administrative assistant.

It would be most of five years before I’d have a PC on my desk, maybe another three or four before I had one in my home. Cellular One also had a fax machine.

We didn’t hook it up for four months because it took that long before we found someone we did business with who had one.

It didn’t help that the previous tech decisions Americans had made in large consumer numbers was which VCR they should buy and it turned out that about half (those who bought Beta equipment) had chosen the wrong format.

4. Success: how I found the “Very Best Story”

But as unimpressed as most of my lunch companions were with my cellular features and benefits Story, they were very impressed and in most cases enthusiastically so when the conversation turned to their contribution to the growth of the Triangle.

With great genuine pride and high expectations for what was coming next these real estate developers and builders and brokers celebrated the critical mass of growth that was finally coming together — we were just then clearly becoming the market that is now so widely respected and they were excited about it and their role in making it happen.

After a week of meetings following this pattern of disinterest — I continually tweaked our features and benefits Story but it didn’t help — I finally decided to mix things up and figured I’d flip the script with my next round of lunches.

I would lead with my own celebration of the excitement building in the Triangle, weaving together what I had learned from my previous meetings as their storyteller and began practicing the best way to tell them their Very Best Story, the one certain to attract their attention because they loved listening to it, therefore making me attractive to them.

When I finished telling them their profession’s Very Best Story about how excitement is building in the Triangle I invited them to add their own riff next, and they did, eagerly, with personal and professional pride and promise.

Only then, after they’d shared a full serving of their successful contributions, did I introduce Cellular One’s Story and now in two parts.

First I told them our cellular services’ features and benefits message, much like I had been delivering it.

The second part was new and each time I told it I made it clear it was inspired by them, by the amazing success they’ve accomplished and are accomplishing, and by the high-performance standards they have established for the rest of the Triangle business community to match.

It was the Story of how Cellular One of the Triangle will always be striving to clearly be the cellular service provider they deserve, that the Triangle deserves.

That we hope to make our contribution to the excitement building in the Triangle.

And just as their Very Best Story was made up of specific instances of, for instance, a real estate developer’s accomplishments — this is important: Stories come alive in the particulars — our Very Best Story of Service to the Triangle wasn’t just a general promise; we offered specifics.

Just a few examples: we would run the business locally, all the decision-making authority was here in the Triangle (our competition was a subsidiary of Sprint, operating out of Kansas City and that’s where my counterpart was); we would form partnerships with existing Triangle businesses as dealers and phone installers, sharing our success by bringing them a new revenue stream (the competitor was hiring their own in-house sales force and building their own, and only, installation facility in Raleigh); and with our dealer network in place, covering the full geography of the Triangle, we’d promise immediate replacement if their phone broke (their customers would have to drive to Raleigh).

We promised the Story of our company would be all about being the company that would make their Very Best Story even better.

5. What I learned from the “Very Best Story”

Our marketing campaign, “Excitement is Building in the Triangle”, coupling their success with our arrival, was built around newspaper and radio ads that celebrated the Triangle in, for instance, a series of full-page newspaper ads that highlighted the accomplishments of a rotating roster of real estate leaders and then, once we’d attracted the attention of real estate professionals interested in these leaders’ Stories, and had their brains fully engaged, we told them our Story.

Our success was remarkable; an independent survey at the end of the first 18 months of operations showed we had a 64% market share even though our airtime was a bit more expensive than Sprint’s and they started discounting phones and we couldn’t afford to.

A digest of this Story dynamic is highlighted by an evening in my Duke classroom.

The class was talking about how smart it is for business leaders and marketers and product designers to intentionally see themselves as Storytellers so they will be reminded to view their market first and foremost as their audience, an audience whose attention you need to attract by being attractive, and we agreed there’s nothing more attractive than telling an audience their Very Best Story with a promise to make it even better.

As we were discussing this I recalled that the young woman sitting in the back of the classroom had shared plans to apply to NYU law school.

So I said something like “For instance, if there was a person in this class who wanted to go to NYU law school and I said that I knew a Story about someone applying to NYU law school and not only getting accepted but arriving with such momentum her success there was assured and as I told that Story I got up and started to leave the room to walk down that hall, don’t you know that person would get up” I moved towards the door and as I hoped she would she played her part, she stood and walked after me “and then follow me as I told the Story because it’s her story.”

And we walked ten feet down the hall together to make the point.

So is this something like a formula you can adapt to your purposes?

7. If there’s one thing you should take away

✍️
Co-Authored by Carl Nordgren
The link has been copied!

Side Hustle Guide: How to Monetize With No Experience [2023] 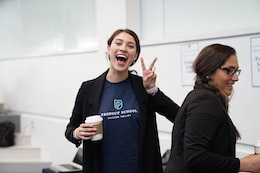 The Internship Hub: a Blueprint for How to Get an Internship 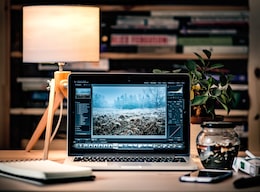